Today, a CVS Pharmacy sits at the corner of Prospect Avenue and Eagle Rock Avenue. It’s an ordinary, suburban corner with the usual generic building and corresponding parking. It is a place of manicured, concrete curbs and unremarkable sameness. But it wasn’t always like this. It was once the site of the legendary West Orange restaurant, Pal’s Cabin, which gave Liberace his start at the piano, fed Babe Ruth, and hosted locals in West Orange for 81 years. Read on to learn more about this forgotten piece of Essex County history. 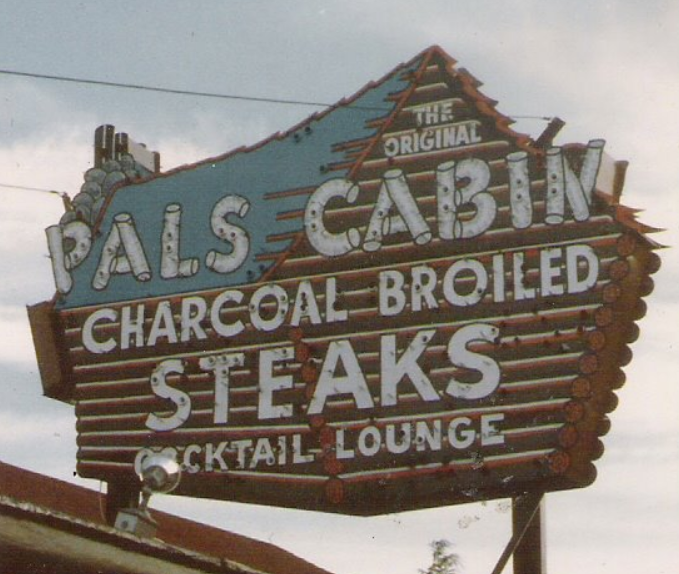 The History of the Restaurant

During the height of the Great Depression, two friends were granted usage of a bank-foreclosed lot located on the busy corner of Prospect Avenue and Eagle Rock Avenue. The “pals,” Marty Horn and Roy Sale, built a small, one-room cabin and began selling 10-cent hot dogs out of a ten by the twelve-foot stand. It was May 18, 1932, and Pal’s Cabin was born.

By 1936, Pal’s had expanded, enclosing the hotdog stand and adding additional rooms to the tiny cabin. The duo started selling charcoal-broiled steak for 50 cents and found success despite the dire times. Pal’s Cabin soon grew into a full-service restaurant. Duncan Hines, a traveling salesman who reviewed restaurants along his travels, gave Pal’s an excellent rating. His published guide, “Adventures in Good Eating,” put the West Orange hot spot on the map.

Read More: A Tropical Storm Ida Survivor, Sweet Pattie Is Up For Adoption

As the years passed, Pal’s Cabin expanded its offerings from hot dogs and steak to popular dishes like baked potato skins and burgers. The homemade mushroom soup was their most famous dish, a secret family recipe that people came from far and wide to try. Within the no longer small “cabin” were numerous dining rooms.

There was the Tap Room, The Pine Room, the formal Winchester Room, The Counter, and The Cabin. With its tall ceilings, stone walls, and rustic style this was a dining-room homage to the restaurant’s humble origins.

Pal’s iconic meals included a homemade Thanksgiving dinner with all the trimmings: fresh roast turkey, cranberry sauce, delicious stuffing, and diners’ pick of mashed potatoes or puréed sweet yams. Patrons Could even get the day-after-Thanksgiving treat of an open-faced turkey sandwich with giblet gravy.

At the time, few places offered the variety of sandwiches and entrees as Pal’s, with classics like hot corned beef, grilled Cubans, and BLTs. Considering that one of their wraps was called the “Turkey Gobbler,” we can’t help but think The Millburn Deli was inspired to make its own Thanksgiving sandwich in homage, also called “The Gobbler”.

Pal’s Cabin was the place to go for family gatherings, post-recital celebrations, company milestones, and any, or all, holidays. It was a genuine family business, run by the descendants of Marty Horn until the end. Homemade food with fresh, local ingredients was what Pal’s Cabin stood for in the 81 years its served diners in North Jersey. Unfortunately, the iconic restaurant closed in 2013. What do West Orange and Las Vegas have in common? Well, they were both places where Liberace performed. Early in his career, the Wisconsin-born singer and pianist, whose real name was Wladziu Valentino Liberace, was looking to make his way east to New York City. He’d play piano at Pal’s Cabin for $40 a week and even gave Marty Horn’s children music lessons. Liberace’s piano remained at Pal’s, and he would return many times to perform at the yearly New Year’s Eve celebration.

Famous New York Yankees were regular patrons. Montclair legend  Yogi Berra was a constant visitor, as was Babe Ruth, anytime he found himself in the Garden State. Berra would bring his pals to Pal’s for a warm meal and great conversation. Ruth would eat hot dogs after enjoying a round of golf at Crestmont Country Club down the road. It was a happening place where locals were cherished, and celebrities dined like other Americans.

Pal’s Cabin became a true New Jersey institution when it was immortalized in two episodes of “The Sopranos.” As Pauly said in season 4 episode 12: “I’ll bring my ma, the three of us, we’ll go have lunch over at Pal’s Cabin, huh?”

See More: An A-Z Business List of Businesses to Support in Montclair

After 81 years of serving West Orange and the surrounding towns, Pal’s Cabin closed in 2013. It was the end of the Horn dynasty at the corner of Prospect Ave. Due to the increasing cost of running the massive restaurant, the bills became too much for the family to manage. Gas and electric ran roughly $20,000, while property tax skyrocketed to $200,000 a year.

At the height of the restaurant’s popularity, it served 400-500 people every night. But the numbers dwindled to 300-400 customers on weekend nights only. It was a slow decline over 20 years. With more local competition, an influx of fast-food chains, and rising costs, the Horn family couldn’t break even.

The family soon announced that Pal’s would be serving its last meal on May 30, 2013. In the final days before closing, Pal’s was inundated with diners hoping to taste the homemade meals that brought back family memories. Within months, the building that housed Pal’s Cabin met its fate via wrecking ball.

But all wasn’t lost for Pal’s. In 2013, the family began selling items through Fairchilds Market in Roseland, where for a time, patrons could find the signature burgers and open-faced turkey sandwiches.

For now, Pal’s Cabin has gone quiet. The website is defunct, but the team still maintains a Facebook page where there is an occasional activity.

With a return to consumer appreciation of the plight of small businesses, we hope there’s a future for this New Jersey legend. But in the meantime, we’ll continue to pass by the CVS at Prospect Avenue and think of the glory days of Pal’s Cabin.