Kim DePaola, best known as “Kim D” by Real Housewives of New Jersey fans, is bringing her Posche by Kim D fashion show to Hudson County on May 20th. Having been through many hardships during the pandemic, Kim D is excited to finally be able to show off her store’s new collection on the runway. Read on to see what the reality star shared exclusively with Montclair Girl about what fans can expect from the one-night-only live show. 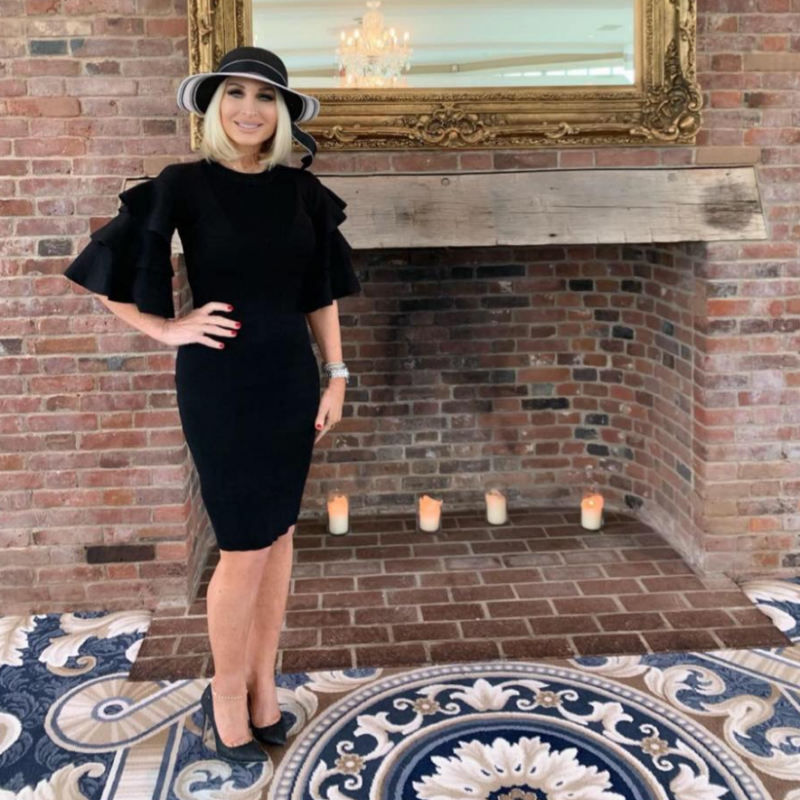 The Posche by Kim D Fashion Show is taking place on Thursday, May 20th at 7PM at The Chandelier in Bayonne. DePaola has been putting on fashion shows two or three times a year for the past 9-10 years. This one, though, is expected to be “completely different.”

“A normal Posche fashion show, you have mostly dresses like Jovani (Bravo fans, think Luann de Lesseps’ favorite brand!) and pencil skirts and everybody’s wearing their funky high heels. Now, you’re going to see cute shorts, cute tops, cute sundresses, sneakers, rolled-up jeans, lounge sets,” DePaola shares. “It’s all because it’s a completely different way of life right now! So yeah it’s going to be a real change for me … and, I got a lot of beautiful new models. I use all different sizes, all different ages. I’m styling them from head to toe.” The business owner says this year’s show will be kept more “small and intimate” (capping the room at 100 attendees), but says a few things won’t be completely different. “I use the same DJ and everybody loves him,” she remarks while thinking about how she’s looking forward to being able to dance and sing again along with the crowd.

Read More: A List of Must-Shop Boutiques in Montclair

“When you walk into a Posche fashion show, the energy is crazy and it’s almost like a roar when you walk in. It’s just crazy because people get so excited and everyone’s really happy,” DePaola says. “People from all different states came like Connecticut and Pennsylvania. Everyone’s just very excited to be out and be among their friends again, and I’m just excited to hear my music again and watch everybody with a smile on their face and watch these girls walk the catwalk.” The Wayne, NJ, resident points out that this is the first time she’s having her fashion show in Bayonne. The venue, located at 1081 Broadway, was introduced to her by one of her models whose friend owns The Chandelier.

“The place is really nice and the food’s great,” she says. “I used to be in the area a lot and I intend to go back to [Hudson County] because I love it. I love Jersey City — there are restaurants that I want to go to there and I used to be in Hoboken at least once a week, so I definitely will be going there all summer.”

Background on Posche By Kim D

Posche by Kim D opened in Wayne in 2007. The store and its fashion shows gained national recognition on the Real Housewives of New Jersey, a show on Bravo DePaola made regular appearances on (and in later years, appeared as a friend and made brief cameos) from 2010-2018. She was notorious for getting into fights with current cast member Teresa Giudice.

The store hosted charity events and girl’s night out events, which consisted of her pals from RHONJ (like Jacqueline Laurita and Dolores Catania) showing up to support her. About five or six years ago, DePaola moved the store to Allendale, NJ. Then, three years ago, she opened Posche Prism Med Spa right across the street from Posche by Kim D. DePoala exclusively tells Montclair Girl that she has made the decision to close down both the med spa and her boutique. “This is what happened — once Covid hit, we were told to shut down in February/March. So I paid rent for basically almost a year, and during the course of that time I never really had a big website business and that’s where I saw [more sales] going, so my website really took off and I was like, ‘Why am I paying rent when I can just work on my website and still have my fashion shows?’” she says.

The single mom officially closed Posche by Kim D and Posche Prism Med Spa in the summer of 2020. She notes that right now the store is empty but the sign is still outside.

“It doesn’t mean I’ll never reopen again. I just don’t think it’s the right time,” she adds. “I’m building more of the Kim D brand. I have the candles now and my Kim D makeup.”

As website sales are booming, Kim says she’ll continue to feature affordable fashion that will “change with the times,” sort of like how Madonna changes with the times, she gives as an example. “When I first opened up the original Posche, I had very expensive clothes (Diane Von Furstenberg, Vince) and then when the economy changed, I still went with very good quality but low price [clothing],” she explains. “And now with Covid, I changed again and went with casual, comfy. People are going to love the fact that Posche goes with the times — that’s what I think Posche is all about.”

Looking Ahead to the Future

Along with Kim D saying the store can possibly reopen again in the future, she also says her time on television isn’t over. Apart from RHONJ, she’s made appearances on an episode of the plastic surgery show Botched, as well as the talk show, Face The Truth. Down the road, she hopes to be asked to go on Worst Cooks in America because she thinks she’d be great for it, and she also hopes to be asked to return to Real Housewives.

“When I do all of my podcasts and I do interviews, people go, ‘Oh they made you look like a villain!’ I go, ‘Listen, no one made me look like a villain.’ I love Bravo. They gave me a platform, they put my store on the map. If they ever asked me to come back, I would be foolish to say no.  I would absolutely go back on. I don’t think they will [ask] because Teresa’s not my biggest fan,” she snarks, “but if they did, 100 percent I would come back. I don’t consider myself a villain right now … So I am ready. I am ready to be asked to do something.”

Kim says she’s going to be continuing her “iconic” fashion shows and adds, “I’m also possibly going to be doing a book.” 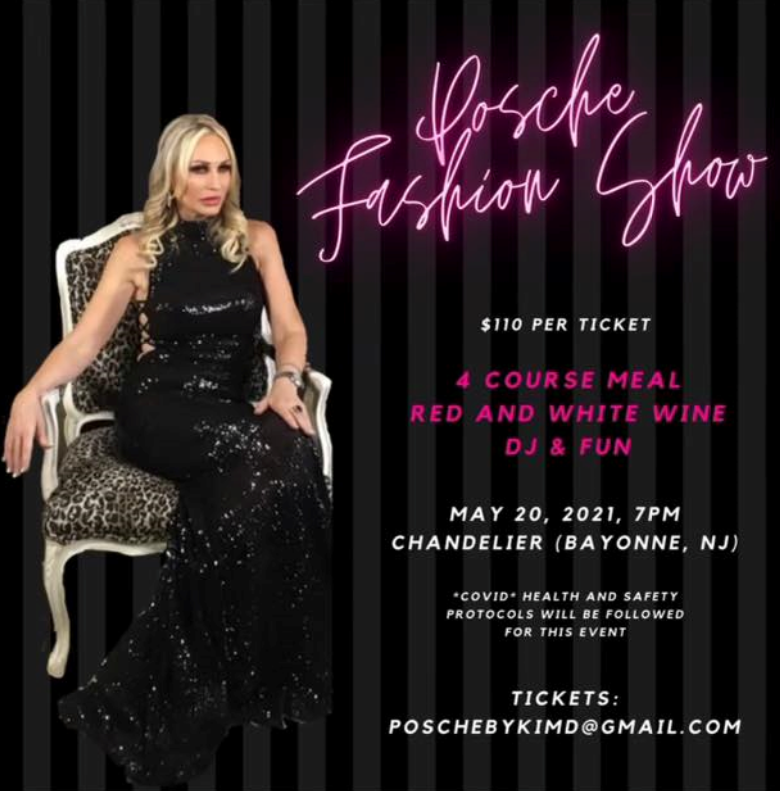 Tickets for the Posche By Kim D Fashion Show taking place on May 20th cost $110 and can be purchased on the website poschbykimd.com and by emailing poschebykimd@gmail.com. Included in the price is a four-course meal, red and white wine (plus a cash bar), and of course, a fashion show, DJ, and lots of fun!