Luxurious Wellniss in Orange: From Online Brand to Booming Shop

We here at The Montclair Girl love to pamper ourselves and always look to prioritize self-care, and we especially love doing that while supporting a growing women- and Black-owned business. Luxurious Wellniss — a.k.a LW Skin Lab — located at 557 Nassau Street Suite 3 in Orange is the perfect place to do just that. Felicia Stokes, the founder of Luxurious Wellniss, set out to create her brand with a clear mission: to make nourishing products specifically for people of color whose needs have been under-addressed for decades in the wellness sector. In the last two years through the hardship of the pandemic, Luxurious Wellniss launched and grew from a small online company to a thriving brand with a brick and mortar location. Read on to learn more about Felicia Stokes and the creation of Luxurious Wellniss.

The Founding of Luxurious Wellniss

In college, Felicia Stokes studied chemistry and business, two keys factors that would one day help her create Luxurious Wellniss. Felicia’s interest in and commitment to cultivating fantastic wellness products were only part of what drew her to the angle she created for her business.

According to her bio, Felicia is “profoundly dedicated to illuminating brands that speak to the desires of those who are often underrepresented in the seemingly monolithic wellness world.” As a woman of color herself, Felicia has a unique understanding of products that specifically serve communities that have so often been underserved in the beauty industry.

Felicia was also interested in helping her customers think more intentionally about what they put on their bodies, which can be just as important as what we put in our bodies. As a licensed aesthetician with two decades in the fashion and entertainment spheres under her belt, Felicia Stokes launched Luxurious Wellniss online — at the toughest possible time, January of 2020.  As so many of us did, she started to panic as she watched her plans for events, pop-ups, and other networking opportunities fizzle away.  But she quickly adapted, realizing that the fact that she’d launched online was actually to her advantage.

Read More: The Most Unique Fitness Classes in Montclair

“I immediately started to offer online Zoom skincare consultations as a way to make connections, reach those in another state, and talk about skincare,” Felicia told The Montclair Girl. “Online consultations were such a hit, they turned into orders and it started to snowball.”

In addition to the consultations, Felicia would send customers “Thank You” love notes with every order. These included personalized messages, tips for the customer’s skincare journey, and a little sprinkle of glitter to brighten their day. This gesture proved to be so powerful that Felicia received publicity she hadn’t asked for — her clients began posting videos of themselves unboxing these loves notes, helping not only spread Felicia’s kindness but also brand awareness for Luxurious Wellniss. And yes — Felicia still sends her love notes to her customers.

Felicia works alongside her business partner, Ilene Choi, who Felicia called her “right and left hand” and “best friend.”

“I have no clue how I would have kept it all together [without Ilene],” Felicia said. “She has been my rock through this entire journey.”

After Felicia’s personal touch gained her a following, she realized she wanted to take this approach to the next level and open up a brick and mortar location.

“I knew I had to open a brick and mortar location in my community that would become a sanctuary for those looking to refresh and rejuvenate their self-care routines from pandemic fatigue,” Felicia said.  “I knew it was a BIG risk, taking on this big expense and responsibility as a 10-month-old business, but I’ve always been a risk-taker so I had to manifest it and make it happen.”

In January of 2021, a week after her 1-year anniversary, Felicia opened up the Luxurious Wellniss Skin Lab in Orange, which was a 20-year dream come true. Unsurprisingly, she was met with open arms by the community — so much so that The Skin Lab is consistently booked out to the point of having a waitlist for an appointment.

In recent news, Felicia became a graduate of the Goldman Sachs 10K Small Business program this past April to further her business knowledge and continue to grow her brand.

See More: Where to Go Hiking in the Montclair Area

The Luxurious Wellniss website gives customers a chance to shop products based on the concerns they have about their skin in a section aptly named “By Concern.” These issues range from acne blemishes to dry skin, wrinkles, dullness, and sensitive skin. The website then generates a list of specific products meant to address your concern.

Any wellness product you can think up, LW has it — moisturizers, cleansers, toners, masks, deodorant, exfoliants, and more. There are also lines specifically for men and babies. The Men’s skincare line called M by LW has already sold out three times. 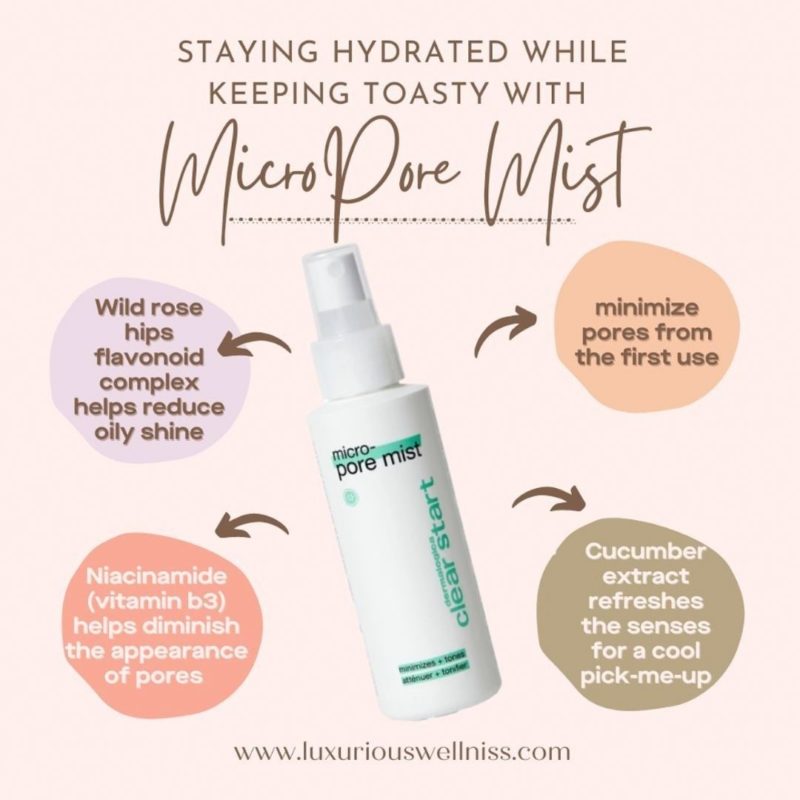 What’s more, the brand’s mission lies in empowering brands that are owned and operated by women. Over half of the products are sourced from female-owned businesses, and Felicia said the goal is to see that number continue to climb. LW also proudly features Black-Owned brands to support as well.

In May 2022 the spa added a host of new services, including ‘What It Dew‘ — an oxygen infusion facial that is already starting to buzz. This 60-minute facial is designed to help improve blood circulation to make skin look dewy, bright, and plump.

Luxurious Wellniss is open Sunday to Wednesday by appointment only and Thursday to Saturday between 10:00AM and 6:00PM.