The Wellmont Theater in Montclair has evolved dramatically since it first opened in 1922 with vaudeville shows and silent movies. Following multiple ownership changes over the years and a rebranding in 2013, The Wellmont Theater booking operations went to premier concert promotion company Live Nation, positioning the historic venue as the go-to destination for New Jersey music lovers in the arts district of Montclair. The stage is host to live entertainment from music and comedy to film festivals and magic. Notable past performers include Chelsea Handler,  David Blaine, Snoop Dogg, Ms. Lauryn Hill, + more. Keep reading for the latest list of upcoming shows to be held at The Wellmont Theater in Montclair. Benny the Butcher is an American rapper from Buffalo, New York. He is part of the hip-hop group Griselda with frequent collaborators and first-cousins Westside Gunn and Conway The Machine. He is also a part of the collective Black Soprano Family.

Formed in 2010, Pinegrove has released four albums to widespread critical acclaim, garnering them a growing and devoted listenership. The group has described its sound as variously as ‘introspective party music’, or ‘energetic music in the folk tradition’.

Rick Wakeman returns to America with a new show of great songs, old favorites, stories and a little laughter.

In a sequel to the worldwide acclaimed A Genesis Extravaganza, The Musical Box comes back with Volume 2 to offer even more of its live visual signature stunts, a museum-worthy array of vintage instruments and a dizzying pace of iconic tracks and stage rarities.

Having toured with metal veterans Megadeth and Ozzy Osbourne, breakthrough goth-rockers In This Moment brings its melodic metalcore on the road in support of its 2020 album “Mother” alongside alt-metal icons Black Veil Brides. 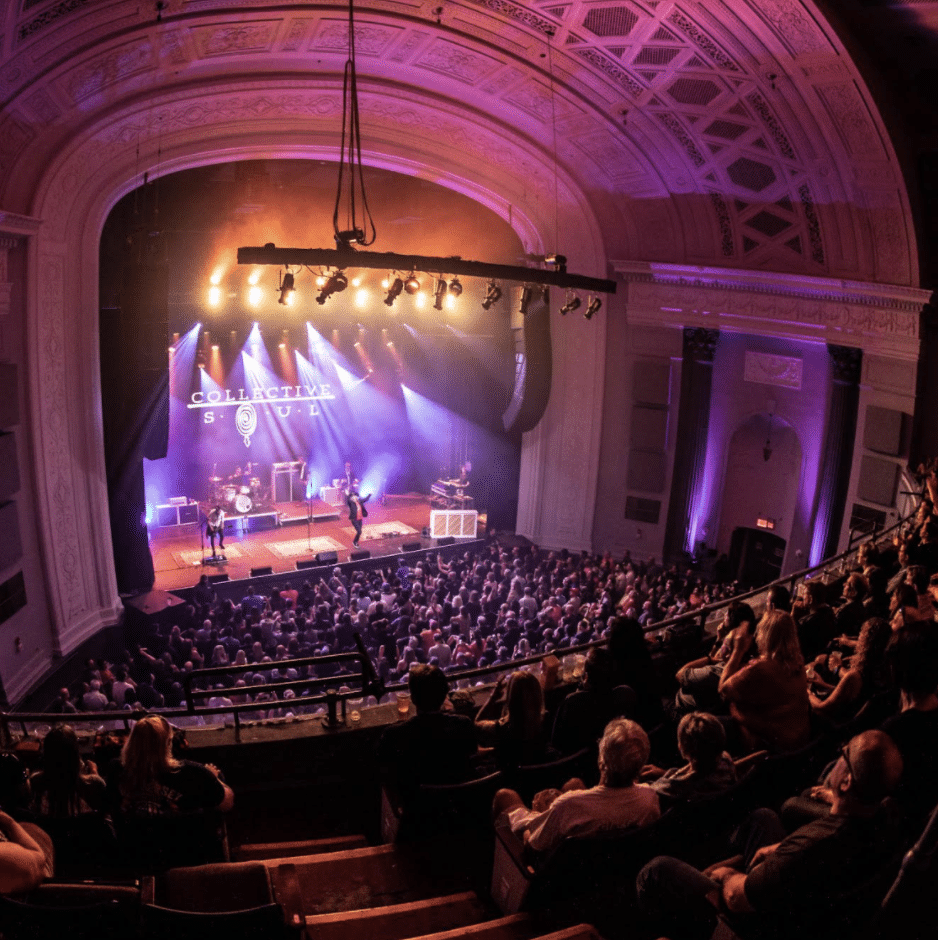 Combining a love for British guitar pop songcraft with crunching power chords and a flair for the absurd, Cheap Trick provided the necessary links between ’60s pop, heavy metal, and punk. Most recently in 2021, Cheap Trick released a new album, In Another World.

In an age where music is available instantly and bands appear and fade just as quickly, the heavy metal power and resiliency that is Overkill has remained as resolute as ever with its latest album “The Wings of War”.

Daughtry, one of the most visible and consistent Rock & Roll torchbearers of the 21st Century, has sold over 9 million albums and 16 million singles worldwide as well as selling out concerts across the globe. In 2020, Daughtry released its  newest single, “World On Fire”, which marked its  return to its rock roots and the top of the Rock Charts in the US.

The Psychedelic Furs: Made of Rain Tour
Wednesday, November 17th at 8PM

New wave icons the Psychedelic Furs built a career on mysterious pop songs guided by the world-weary and unmistakable vocals of Richard Butler. Though the band ran aground in the early ’90s, it has returned a decade later to launch a successful career as a live act, and with its  2020 album Made of Rain, proved the group could still deliver epic and meaningful records.

Grammy nominated band The Gin Blossoms’ fusion of melodic rock, pop, folk and country elements has helped pave the way for the modern rock of today.

Now seen in 50 countries worldwide, ‘The Simon & Garfunkel Story’ is a critically acclaimed concert style theatre show about two young boys from Queens, New York who went on to become the world’s most successful music duo of all time.

Paramount’s Laser Spectacular is the smash hit multimedia laser and light show, featuring the Original Master Recordings of Pink Floyd. The Laser Spectacular has become a cultural phenomenon, carrying fans away on a mind-expanding journey, driven by cutting-edge laser, lighting and video effects.

Almost Queen – A Tribute to Queen

The 3 Chambers Tour will find the Wu-Tang members each celebrating and filling their sets with songs primarily from one of their classic solo albums: Ghostface Killah’s” Ironman”, GZA’s “Liquid Swords”, and Raekwon’s “Only Built 4 Cuban Linx”.

Cirque Musica Holiday Spectacular brings the joy and excitement of the holiday season to the theater like never before. This all-new production features some of the greatest holiday songs of all time performed with the world-renowned cast of Cirque Musica.

Together for over 28 years, Big Bad Voodoo Daddy has appeared in concert venues across the world, sold millions of records, and its music has appeared in hundreds of movies and television shows. The group has sold out concerts from the Hollywood Bowl to Lincoln Center and made appearances with many of the country’s finest symphony orchestras.

Two of the greatest cultural eras go head-to-head in the ultimate battle in a fun and unique evening of pop culture. Duel of the Decades is an interactive live music competition. Event attendees can use their mobile device to cast a vote and determine the winner.

America’s Largest Glow Party is back on the road Fall 2021 to Make America Lit Again. Hyperglow combines high-energy music with mind blowing Performances, Entertainment, and Body Painting enhanced by an atmosphere illuminated in 50,000 watts of Blacklights. Fans of the beloved Warner Brothers. animated series are in for a treat as they get up close and personal with original voice actor Rob Paulsen and Emmy Award-winning composer Randy Rogel who created many of the show’s memorable songs. The concert will feature more than 20 of the most popular songs from Animaniacs.

The Brooklyn Charmers, The Breakers, and Soulshine bring you the Ultimate Tribute Tour with your favorite hits from Steely Dan, Tom Petty, and The Allman Brothers!

Ministry with The Melvins and Corrosion of Conformity

Celebrating 30 years of Ministry’s iconic record “The Mind Is A Terrible Thing To Taste.” Until Nine Inch Nails crossed over to the mainstream, Ministry did more than any other band to popularize industrial dance music, injecting large doses of punky, over-the-top aggression and roaring heavy metal guitar riffs.

On the heels of “We Love You Tecca 2‘“s release, Lil Tecca will be hitting the road in 2022 for the first time in three years. Tecca isn’t doing it all alone as he is slated to bring “Tweakin’ Together” rapper Bktherula, BabySantana and yvngxhris along for the ride with him.

An Evening with Transatlantic

The first time Trower hit the rock’n’roll radar was in 1967, with Procol Harum. Breaking away for a solo career in 1971, audiences can now witness Trower’s magic at close quarters in clubs and theaters.

Get The Led Out

Get The Led Out is a group of professional musicians who are passionate about their love of the music of Led Zeppelin. It’s been their mission to bring the studio recordings of “the mighty Zep” to life on the big concert stage.

The Freestyle Jersey Jam is back! Hosted by Sal Abbatiello/Brian Rosenberg and featuring The Wellmont Theater is located at 5 Seymour Street in Montclair. View the theater’s COVID-19 Policy here. You can call  973-783-9500 with questions and be sure to click here and sign up for the latest updates on upcoming shows at The Wellmont.