The town of Princeton is best known for being home to the ivy league Princeton University. Surrounding the historic campus, however, is a town that has a lot to offer by way of history, architecture, and walking trails with beautiful vistas. Read on for more information on the highlights of this quintessential 18-square-mile town. 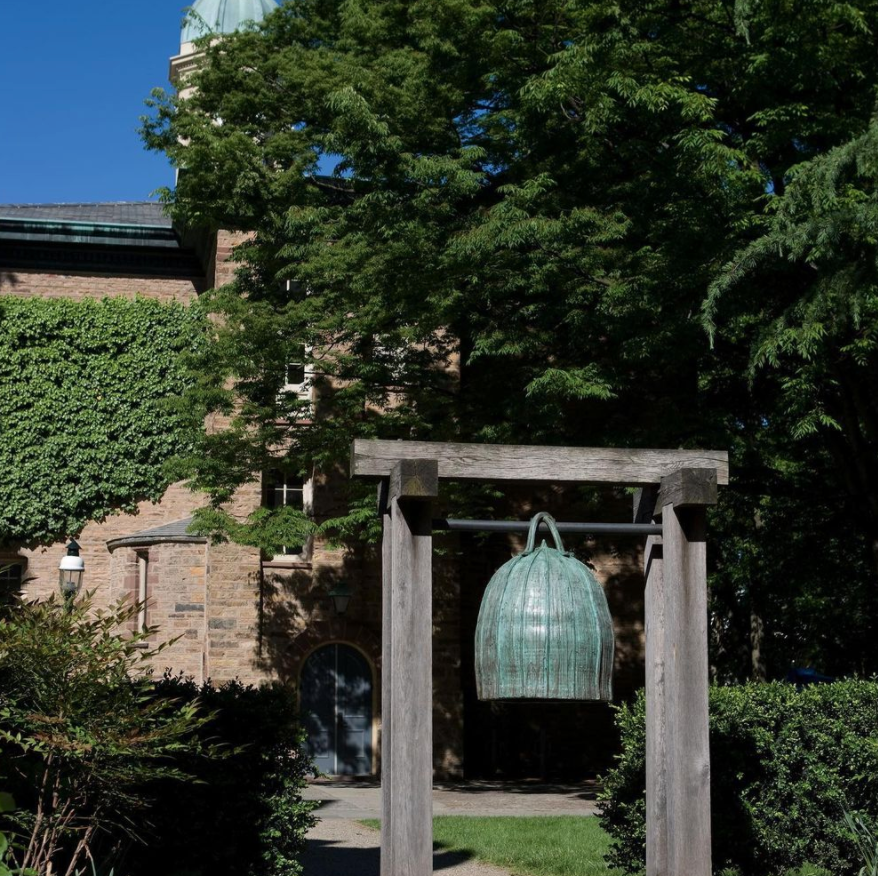 The resident art museum on Princeton University campus was founded in 1882 and has no shortage of artwork. With more than 92,000 pieces of art, visitors should plan ample time to take it all in. The time periods featured in the art range from antiquity to the contemporary period. The museum actively supports the goals of the University to encourage teaching, research, and service in fields of art and culture. The museum is temporarily closed due to COVID-19 but keep an eye on the website for openings when you plan your next visit. This beautiful, historic 18th-century home belonged to Richard Stockton, a signer of the Declaration of Independence. Designated as a National Historic Landmark, it sits on five landscaped acres and once served as the New Jersey Governor’s Mansion for almost 40 years. Visitors can enjoy exhibitions, educational programs, and special events showcasing the history and culture of New Jersey. Nassau Hall was completed in 1756 and served for a short time as the United States Capitol building. It is the oldest building on campus and upon completion was the largest academic building in the American colonies. The building originally housed a library, classrooms, a library, and a residential space. During the American Revolutionary War, the hall was used by both British and American troops and was damaged during the Battle of Princeton in 1777. The building would later be the victim of more damage in 1802 and 1855 when the building caught fire. It was remodeled both times, resulting in the present-day building. Tours of the interior are temporarily closed due to COVID-19 restrictions but the architecture is easily appreciated from the exterior. The listed address will take you to the south entrance of the campus. Parking is available on Stockton Street just south of campus. Albert Einstein lived in this home from 1935 until his death in 1955. His wife Elsa shared the house with him for a short time until her passing in 1936. The house is not original to the Einstein family, however, as Elsa purchased it from the previous owner, Mary Clark Marden. When it was originally built, sometime before 1876, it stood where Stuart Hall on Princeton University currently stands. It was relocated, along with what is now 108 Mercer Street, when the University expanded. Following Elsa’s death, Albert Einstein lived in the house with his sister, step-daughter, and secretary. The current chapel was built to replace the original which burned down in 1920. Designed in the Collegiate Gothic style, Ralph Adams Cram drew up plans in 1921 and the chapel was eventually completed in 1928. The building was restored in 2002 and rededicated in an interfaith ceremony. There are four beautifully designed stained glass “great windows” and four “Christian epic” windows nestled in the walls surrounding the elevated choir seats. The chapel is currently closed to tours due to COVID-19 restrictions but the architecture is easily appreciated from the exterior. The listed address will take you to the south entrance of campus and from there simply follow the signs for parking at Lot 23. After the Morven Estate was no longer used as the Governor’s Mansion, Drumthwacket became the official residence of the governor of New Jersey in 1982. The house and grounds are preserved and curated by the non-profit organization, Drumthwacket Foundation. The house was added to the National Register of Historic PLace in 1975. Interior tours are not currently running but the grounds are a must-see while in Princeton. American and British troops fought on the Princeton Battlefield in January of 1777 during the American Revolutionary War. The British soldiers eventually surrendered in Nassau Hall. This success improved the morale of American troops and sustained them through the war. Believe it or not, only a portion of the battlefield has been designated as a historical landmark. The Princeton Battlefield Society has been protesting construction on the land known as Maxwell’s field for years and finally, The American Battlefield Trust has agreed to buy the 15 acres for $4.5 million so it can remain preserved. The land features a monument that guests can experience while taking in the surrounding fields and history. Boasting more than 2,500 acres, Mercer County Park encompasses Mercer Lake which is home to the US Olympic Rowing Team’s training center. The park was renamed in 2009 for New Jersey State Senator Richard J. Coffee but is still commonly known as Mercer Park. Guests can enjoy playgrounds, walking trails, access to picnic pavilions, and rent boats at the boathouse at Mercer Lake.

The construction of the reservoir that makes up Carnegie Lake was paid for by Andrew Carnegie, who donated the lake to Princeton University in 1906. The lake is listed on the National Register of Historic Places and is primarily used by the US Olympic rowing team. While the lake is privately owned, it is open to the public for picnicking, swimming, and canoeing in the warmer months and designated areas are open for ice skating in the winter. Those who want to try their hand at fishing, have a chance at catching pickerel, channel catfish, largemouth bass, and crappie. 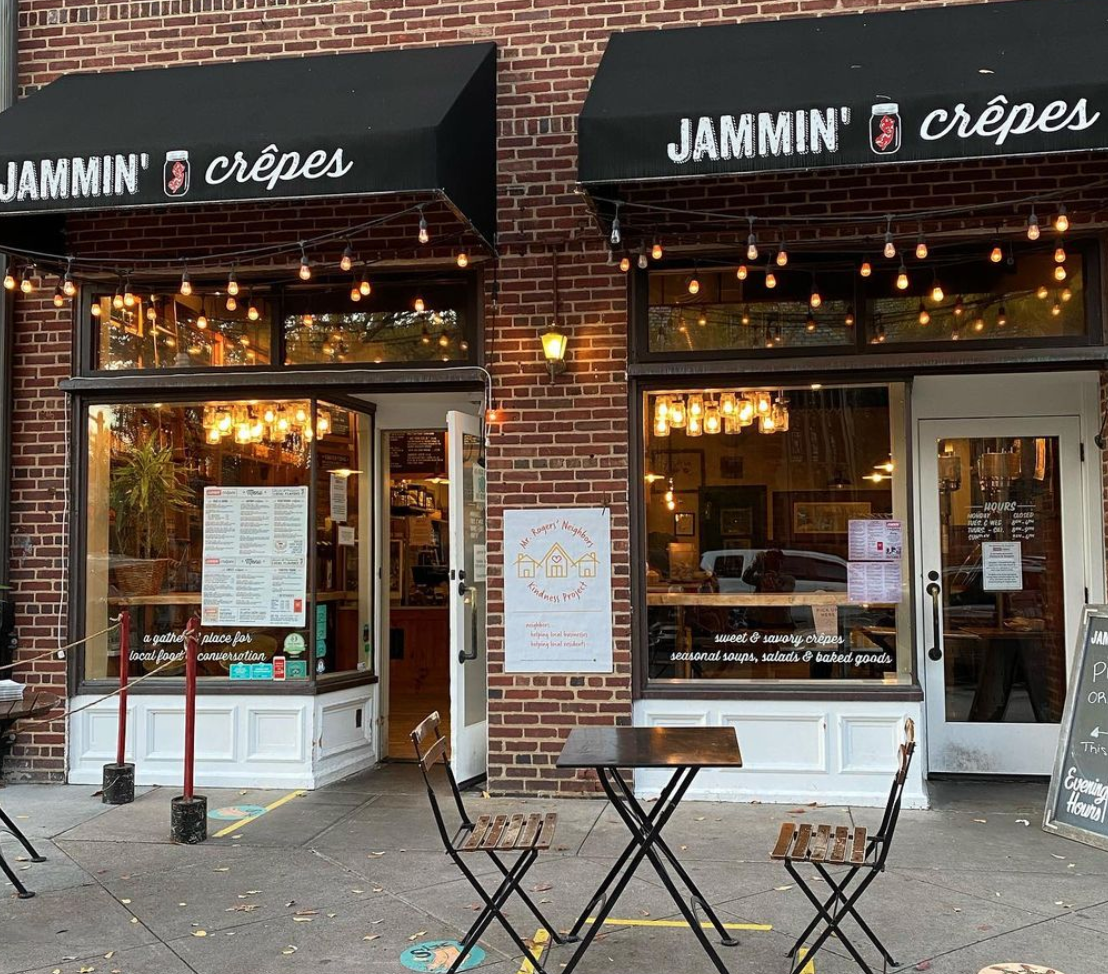 Located conveniently in downtown Princeton, Olives offers up some of the best eats in town, from sandwiches to salads and homemade baked goods. Olives is a family-owned and operated catering and takeout food market with a focus on homemade recipes and imported specialties from Greece. Open for outdoor dining by reservation only, Mediterra is a tavern-style restaurant with a warm ambiance. The concept behind the menu at Mediterra is a combination of nearly two dozen cultures surrounding the Mediterranean with an added Italian and Spanish flair. Ingredients are largely locally sourced. Self-proclaimed fresh, down-to-earth, and full of flavor, Agricola Eatery considers food to be a universal language. “Agricola” means farmer in Latin which embodies the farm-to-table spirit of this community staple. To place an order for delivery or pickup, you can call 609-921-2798. Located across from Princeton University in Palmer Square, Winberie’s Restaurant + Bar has served the community, college students, and visitors since 1984. Offering a menu that blends modern craft with pub classics, Winberie’s also serves up craft brews, cocktails, and wine. Dressed up or dressed down Winberie’s is where you’ll feel right at home when visiting Princeton. This quaint, open-air plaza features brand-name retailers, indie boutiques, restaurants, and taverns. At the corner of modern and timeless, guests can enjoy ice skating, shopping, dinner, drinks, and more at Palmer Square. This shopping area offers an excellent selection of apparel, gifts, and home goods that can be found in these boutiques. Whether you’re shopping in person or ordering an item online, you are sure to find a treasure to take with you.

Shop The World opened in 1992 a few blocks from campus. They promote fair trade by buying from cooperatives and artisans around the world in countries including Thailand, Bali, Nepal, and Guatemala. You’ll find unique items like handmade earrings, clothing, Indian tapestries, and statues.