Thinking of the city of Montclair conjures images of beautiful houses and old estates, but castles? Not so much. This is why a visit to Kip’s Castle is so special. Built to mimic a Norman keep, Kip’s Castle stands out among the other buildings in the area, towering above Montclair and Verona with an unobstructed view of New York City. While the Castle itself is little more than a hundred years old, it has undoubtedly hosted its own share of romance, terror, and now, peace. Read on to learn more about this one-of-a-kind park in Essex County. Constructed on the ridge of First Mountain, the 9,000-square-foot mansion was built as a private residence in 1905 by wealthy textile inventor and industrialist Frederic Ellsworth Kip. “Kypsburg,” as it was coined, took three years to build and was designed by Frederic’s wife, Charlotte Bishop Williams Kip.

The estate sits on eleven acres, has a two-story carriage house, and thirty distinguished rooms: it was a grand home for the family. It was constructed out of local “trap rock” and sandstone, which gives it its unique coloring and style. Additionally, the original grounds and a renowned octagonal rose garden on the property were all designed by Charlotte.

When his beloved wife passed in 1926, Frederic Kip sold the property. It was rumored that the house reminded him too much of his wife that he couldn’t bear to remain living there without her. Kip’s Castle went on as a private residence, purchased by oil baron Signono Munoz until it went up for sale in 1980. Here’s where the story of Kip’s Castle gets strange. The property was purchased by an Indian guru named Bhagwan Shree Rajneesh. If the name sounds familiar, perhaps you watched the Netflix documentary “Wild Wild Country” about this man, his cult, and his devoted followers.

For five years, Rajneesh and his group owned Kip’s Castle,  to the terror of Montclair residents. The “Sex and Drug” cult was even covered by The New York Times as concerned locals spread stories of what the mysterious, insular group was doing in its hilltop castle. 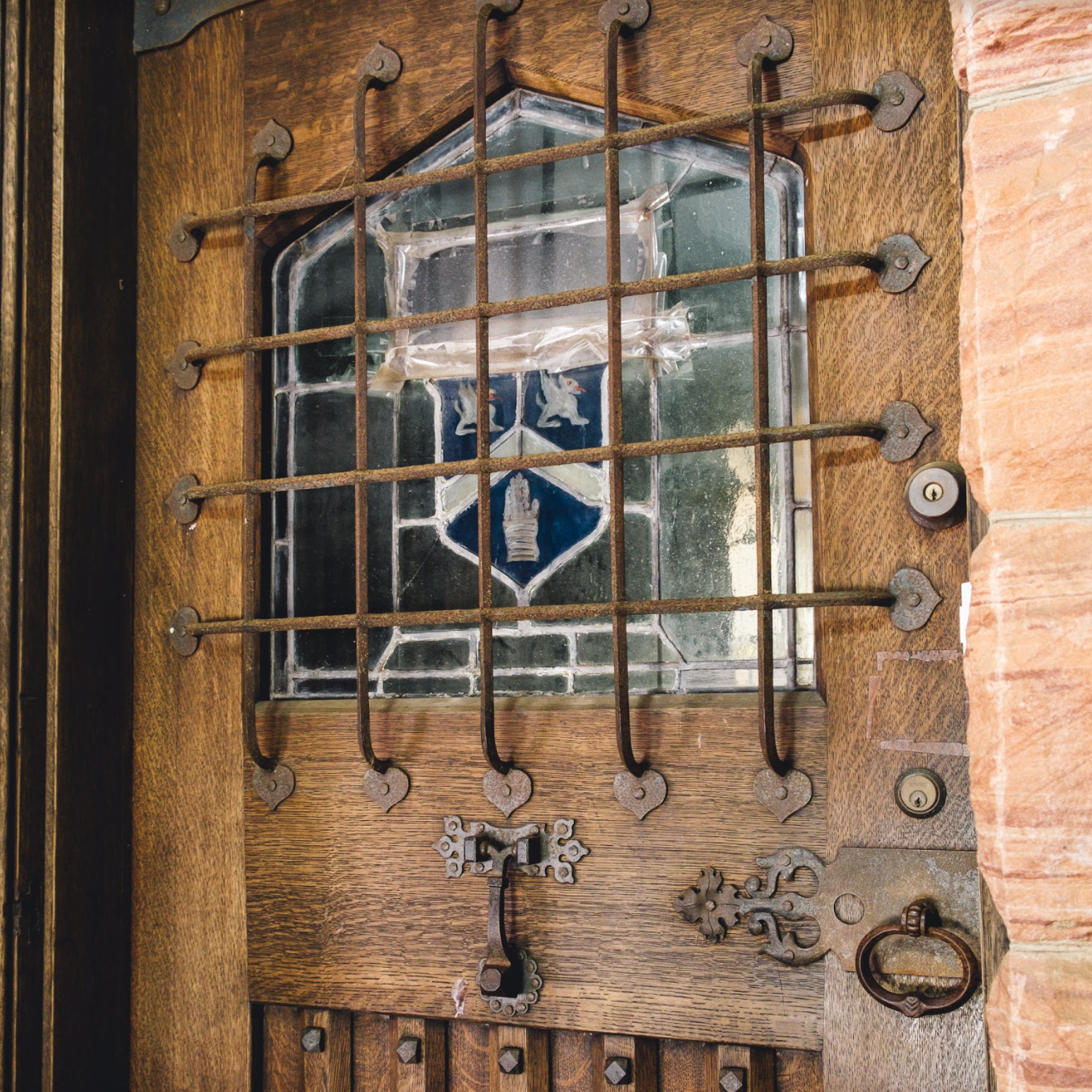 Eventually, Rajneesh moved his followers to a large Oregon complex, and he and some members were later convicted of crimes ranging from tax evasion to attempted murder. Kip’s Castle, forgotten in the chaos, fell into disrepair and neglect.

In 1985 the property was purchased by the law firm of Schwartz, Tobia & Stanziale, who cared, restored, and eventually partnered with Essex County to make Kip’s Castle a public park. Two decades later, and after much work and revitalization, Kip’s Castle has mostly been returned to its original grandeur. 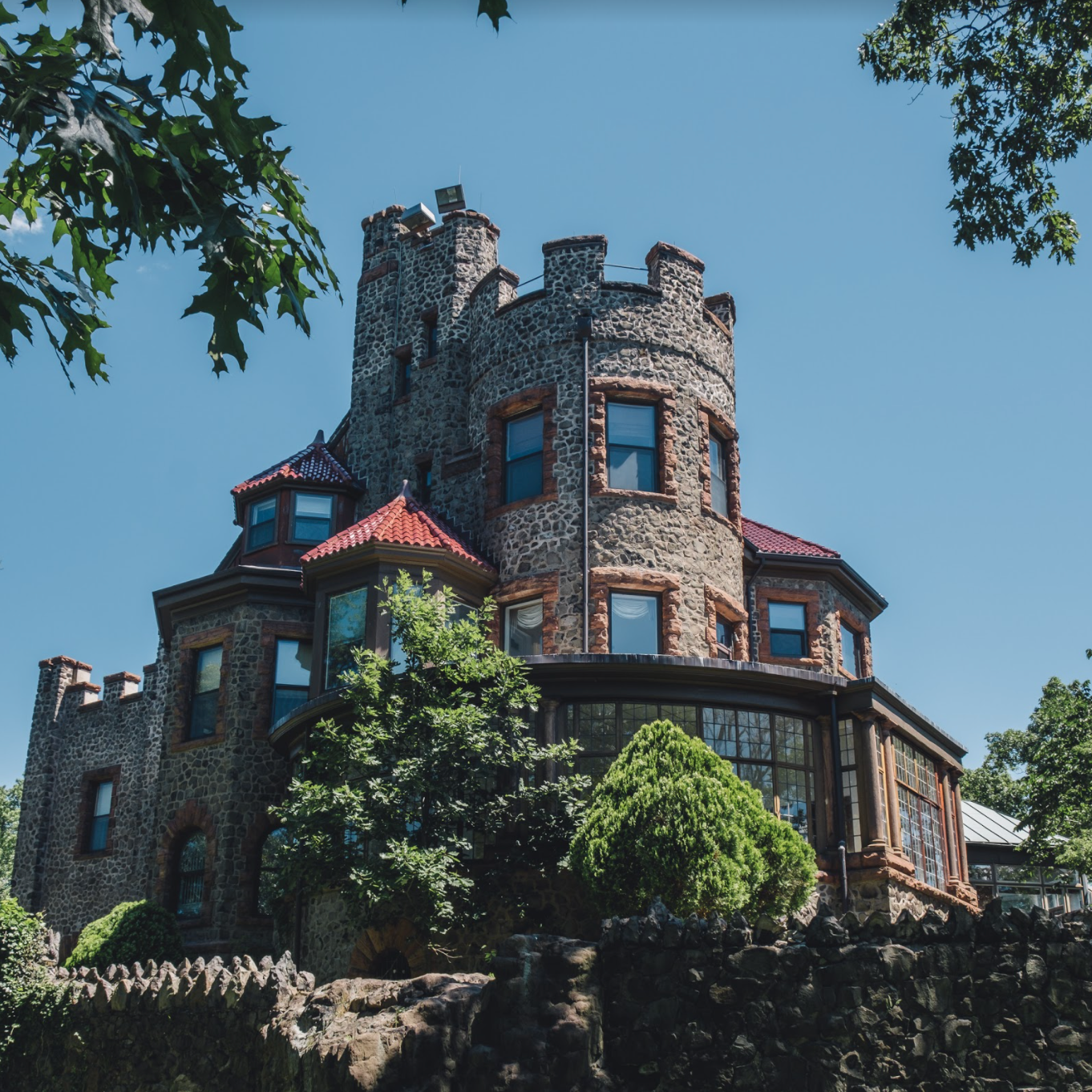 What strikes you most about visiting Kip’s Castle today is the solitude. On a random morning during the week, you will have the place to yourself. A local dog walker passes silently, heading back to the residential street below. The occasional visitor drives through. But mostly, you are alone, free to walk the grounds and enjoy the beauty and mystery of this historical Castle with nothing but the breeze at your back. Baby deer chase each other through the woods beyond the Castle’s gothic walls. Their mother gazes on from a distance, unconcerned about her infants. You get the sense that nature wants to reclaim Kip’s Castle.

Ferns and moss grow over the rocks, weeds sprout from old pillars, and ivy climbs up the conservatory’s exterior walls. The property feels asleep, waiting for a grand reawakening that has yet to come. Today, the upper floors of the castle house some Essex County offices. The first floor is usually open to the public for daily tours but is now closed for Covid. The grounds and Castle are also available to book for special events, photography, and weddings.

With any large estate that has fallen into neglect, it is nice that the property has been restored and used again for happy occasions. And though it has seen no real battles, Kip’s Castle has certainly witnessed its own unique slice of local history. We suggest a picnic visit on a bright sunny morning. There you can experience the beauty, allure, and atmosphere of this Essex County treasure.