Every week we bring you the highlights in the news, so you can stay up-to-date on what is happening in Montclair + surrounding areas. Among the local headlines: Dry Goods Refillery is closing its Maplewood General Store outpost, the Bloomfield Center celebrates Restaurant Week 2021, a Montclair State University study uncovers the cause of mass extinction, and so much more. Keep reading for all the news you missed this week in Montclair, Bloomfield, + beyond in Essex County. The seafood restaurant Halcyon Brasserie had been closed for repairs, butan Instagram post this week announced its much-anticipated reopening. The post reads, “Halcyon Brasserie will be opening soon. See you then!” An official opening date has not yet been announced.

On Thursday, September 23rd, Bloomfield Pulse shared a sighting of filming for the Sopranos prequel, “The Many Saints of Newark.” “Screening was a few days ago for ‘The Many Saints of Newark,'” the post reads. “One of the photos I took of Michael Gandolfini when they were filming in Bloomfield. Will be interesting to see how many scenes that were shot in Bloomfield will actually be in the movie.” The movie will be released on October 1st in theaters and HBO Max. Le French Dad celebrated three years on Church Street in Montclair this week. The post says, “Can’t believe it’s been three years, to date. Changing the space into what it is now took a lot of blood, sweat, and tears. I’ve come a long way since mixing breads and viennoiserie in a sixties vintage 30-quart Hobart (and it’s still running). I gave almost all of my waking time to this little space on Church Street. I still do. We may not have the cutest or vibiest (not sure this is a proper term) place in Montclair but whatever we put out there is done with passion and integrity. Thank you for the continued support over the years Montclair and beyond. We’re humbled and grateful to be a part of your lives.” Veritage Beer announced this week it will be opening a brewery in Bloomfield. The post reads, “We are beyond excited to announce that we have signed our lease and secured our location for our brewery, which will be located at 58 Washington Street in Bloomfield! Stay tuned for updates as we progress in the build-out of Veritage Brew Works!” Dry Goods Refillery announced this week it will be closing the Maplewood outpost inside General Store Cooperative. The post reads, “The last two years inside General Store Cooperative have allowed for the creation of our idea and the building of our brand, but the time has come to pass the space on to the next great opportunity! We have BIG plans for @drygoodsrefillery and some even BIGGER dreams for what’s to come. ✨ For now, we’d love for you to continue to support us in our Montclair store— NJs FIRST plastic-free grocery— and see where that vision is headed!” The South Orange Performing Arts Center had planned to open just days after Tropical Storm Ida hit New Jersey, leaving many local businesses with extensive damage in the aftermath, SOPAC included. The performance venue has announced that it will be closed for an additional 11 weeks to continue to repair the damages caused by Ida, pushing back the opening and rescheduling the performance dates. Click here to read what we know. CM Chicken has opened a new location in the heart of Montclair. CM, which stands for “Choong Man,” has been around since 2009 and is known for having a secret sauce, “extraordinary taste,” and fresh Korean-style chicken. Read on to learn more about CM Chicken opening in Montclair.

CM Chicken has opened a new location in the heart of Montclair. CM, which stands for “Choong Man,” has been around since 2009 and is known for having a secret sauce, “extraordinary taste,” and fresh Korean-style chicken. Click here to read about CM Chicken opening in Montclair.

The popular bakery Lexi’s Kitchen has recently announced it will be moving from Westfield to Montclair. After opening the storefront a year ago at 401 West Broad Street, owner Lexi Borr was forced to move locations and will be opening the Montclair storefront in just a few weeks. Montclair Girl chatted with the founder about what this means for the future of the gluten-free and vegan bakery. Read on to learn more about Lexi’s Kitchen. A recent study by Zoma Sleep collected data on the most coffee-obsessed New Jersey towns, and Montclair is at the top of the list, Patch reports. The study crunched the numbers of coffee-shop to people ratio and found that Montclair had 26 coffee shops for a population of 38,509 residents. Montclair came in just above the second-place town, Hoboken. Bloomfield Center is holding its annual Bloomfield Center Restaurant Week from September 27th through October 3rd, per Tap Into. The celebration began as a way to support and market the diversity of Bloomfield Center’s restaurant community during challenging times. Participating restaurants offer dine-in, outdoor dining, take-out, or deliveries so New Jersey residents can participate in the best way for them. Essex County is bringing back its “Household Hazardous Waste Collection Day” on October 2nd from 8:30AM to 4PM, per Patch. Anyone who lives in Essex County can bring in their hazardous household waste for safe and free disposal. Community members can bring their waste to the Essex County Public Works Department. Newark Mayor Ras Baraka has spoken out against the mistreatment of Haitian refugees at the U.S.- Mexico border in Texas, according to Tap Into. Scenes from the border have prompted outrage as images and videos show U.S. Border Patrol agents on horseback chasing down Haitian migrants and allegedly wielding reins like whips. Thousands of Haitian earthquake victims have come to the Del Rio border with hopes to seek refuge in the U.S.

A new study led by a Montclair State University researcher uncovers the cause of Earth’s largest mass extinction, according to Montclair State University. Assistant Professor of Earth and Environmental Studies Ying Cui led the research which shows the event was caused by rapidly rising carbon dioxide levels due to volcanic eruptions of the Siberian Traps in Russia. The work is titled “Massive and rapid predominantly volcanic CO2 emission during the end-Permian mass extinction.” Starting on September 27th, Bloomfield residents can expect their garbage trucks to return to normal schedule and requirements, according to Tap Into. After the flooding at the beginning of September left widespread damage and the city was collecting these damaged items, they are now returning to normal garbage rules. Any construction debris should be disposed of through a private hauler. The New Jersey Chapter of the Poor People’s Campaign is hosting a free gathering on Sunday, September 26th, Montclair Local reports. The gathering will last from 2PM to 6PM at the Wally Choice Community Center. A local nonprofit Girls; Live, Love, Laugh, Inc., is celebrating its 12-year anniversary of services to young girls and their families living with limited resources in Newark, according to Tap Into. The festivities celebrated the occasion by holding its first annual Girls Matter PowHER Hour Luncheon where they supplied more than 50 Newark families with backpacks and school supplies. The youth and their parents also had the opportunity to hear words of inspiration and encouragement. Forty firefighters were called to contain a fire at a scrap metal yard in Port Newark, per New Jersey News Network. No injuries are reported at the time, but the blaze had officials worried. The smoke may cause visibility issues on the Turnpike.

The University Heights Charter School held a ribbon-cutting ceremony for its new location in Newark, NJ.com reports. The renovated building is next to the New Jersey Performing Arts Center, the Newark Museum of Art, the Newark Public Library, and the YMCA. The new facility will house the UHCS Central Office and serve the UHCS Junior High students. Marcelino Trillo and Paul Parada bring their friendship and leadership skills to the Robert Treat Academy Charter School Campuses in Newark, per Tap Into. These two were appointed as the newest principals of the Stephen N. Adubato campus and the Jackie Robinson campus. Parada and Trillo grew up together, becoming friends at age 10 and developing a friendly rivalry to keep each other in check. 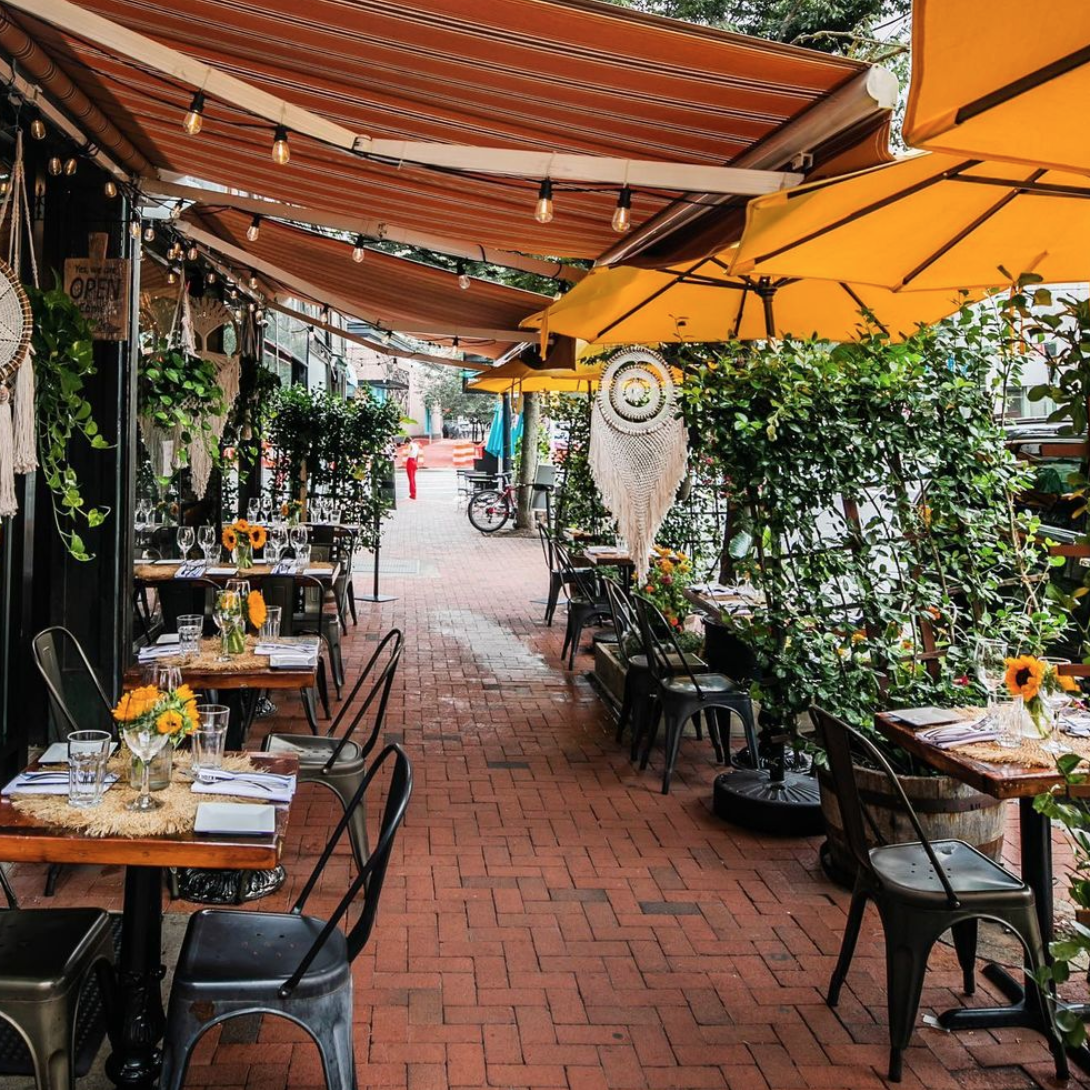 Like many businesses in Montclair, a popular Brazilian eatery on Bloomfield Avenue sustained tens of thousands of dollars in damages but is now reopen, per Montclair Local. Thanks to community efforts and the work of owner Ilson Goncalves, Samba Montclair is officially reopened after one week. Thanks to a GoFundMe, Goncalves raised enough funds to fix his restaurant. 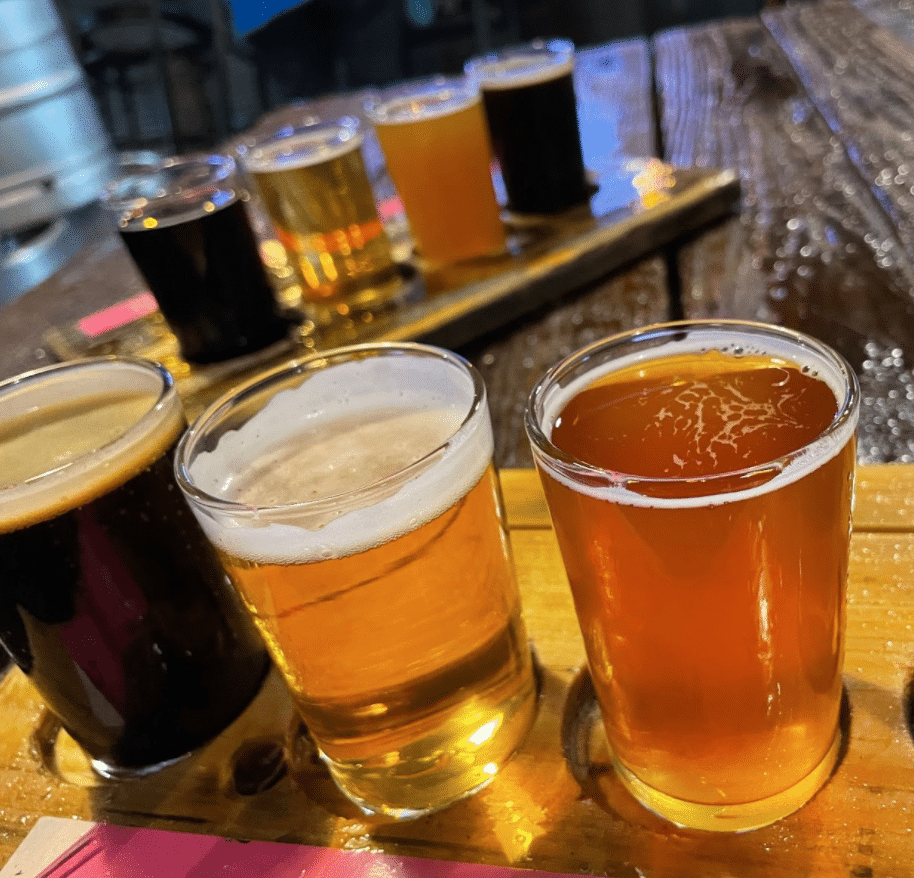 The Montclair Brewery will be celebrating Oktoberfest on September 25th, according to Patch. The event will run from 12:30PM to 10:30PM, including live music, contests, food, and beer of course. The festivities will happen at the brewery’s Outdoor Beer Garden, and local eateries will prepare special Oktoberfest menus.